New Roma stadium: an area has been chosen and it will be built in Pietralata

A joint announcement came from the club and the Campidoglio. CEO Berardi: "It’s possible to do it by 2026, but we have a lot of work to do."

A year after the resolution in which the City Council withdrew the public interest in Tor di Valle, and less than 24 hours after the closing of the takeover bid launched by the ownership on Roma's floating shares, the announcement on the Giallorossi club's new stadium has finally arrived. A brief joint announcement from the Roma Capitale administration completely dispelled the few doubts remaining about the choice of the new area and the process that will essentially kick off from today.

Part of the announcement has given new certainty to those who follow the possibility of Roma officially getting its own facility. However, the area for the new stadium will be Pietralata.

"At a series of joint meetings between the offices of the Capitoline administration and the technicians of AS Roma Spa held in recent months," the official announcement released yesterday said, "Roma Capitale takes positive note of the willingness on the part of the Giallorossi club to present in the coming weeks to the Campidoglio a feasibility project for the construction of a stadium on a municipal area in the Pietralata area.”

The area in question is that of the SDO, the Sistema Direzionale Orientale (Eastern Management System) that was supposed to house all the buildings of the public administration (Capitoline and state) now spread over the entire municipal territory, a sort of city of ministries, which, however, has never seen its realization. This is a project that has been worked on since the 1960s and on which the initial phase (the one including expropriations) has been completed for more than forty years now.

One of the issues between Roma and the Municipality had stalled in recent weeks. In fact, as is well known, the club would have preferred the area of the former General Markets on Via Ostiense to build the new stadium, but the City Council immediately pushed for the Pietralata. Curbing Roma's choice is a legal question related precisely to expropriations; how do you allocate that land for the stadium without incurring administrative appeals from the former owners? In fact, an expropriated land cannot be put to any use other than the one for which the expropriation is made and will be under penalty of having to return the property. This is not an insignificant wrinkle on Roma Club’s ideal plan, but one on which Roma Capitale's technicians, supported by the Capitoline Attorney's Office, are convinced there is no downside to. In fact, the land has been in the City's possession for so long (no less than 30 years) that any recourse is impossible, putting the Giallorossi company in a position where they slowly have to become convinced of this version of the stadium’s plans, and has, therefore, withdrawn their ideal reservation.

Another issue that emerged in the announcement is that of the chosen process. For a long time, in fact, there has been debate about the possibility of using ordinary laws, which would allow the municipality to be an active part of the decision-making process, but the path taken was a different one.

"The initial urbanist examination," the announcement quoted, "carried out on the area identified by AS Roma did not in fact highlight any obstacles to the presentation of the aforementioned project, which will be carefully evaluated by Roma Capitale according to the administrative process governed by the so-called Stadiums Law (art. 1, paragraph 304, L. 147/2013).”

In short, the Stadium’s Law will proceed, securing the proponent about certain administrative steps, but is also imposing on specific procedures: first, the presentation of the preliminary project , which cannot be too far from the final one, the resolution of public interest by the Assembly of Roma Capitale, the final project, the start of the Decisional Services Conference, the adoption of variant by the Municipality, the green light from the Region, and, finally, the public bidders. All of these processes will take two or more years, making it complicated (not impossible) to meet the club's desire of inaugurating the facility by 2026.

Roma CEO Pietro Berardi, on the sidelines of the presentation of the Conference League that will be displayed at the Stadio Olimpico, said, "I would like to thank Mayor Gualtieri and his staff. Now, the ball passes to Roma to show that the expectations we have generated will serve to make the stadium. The possibility of doing it by 2026 is there. We would have to work a lot, but, for now, everything has gone well. There are various administrative phases before the presentation of the final project: the archaeological, environmental, and mobility revelations,” Berardi added. “We have done all the stages leading to the final one. If you are asking me if there is already a final design of the stadium project, I say it is still early. There will be one in the coming weeks and in the coming months."

Berardi then wanted to reassure fans about the capacity of the facility since rumors had circulated in recent weeks, estimating capacity to be just over 40,000 fans. When asked if the new stadium will have a smaller capacity to that of the Olimpico's, Berardi said, "No. We are comparing it against the parameters [of the Olimpico]."

This does not mean that the new facility will be able to accommodate the current 65,000 at the Olimpico, but that the club is still evaluating and will most likely move toward an overall capacity of just under 60,000 seats. However, it is too early for such predictions because the club usually works away from the spotlight.  "We will always decide," Berardi concluded, "by mutual agreement with the Capitol to announce the various dates and stages. It was a good thing to have a  joint announcement because it shows strong will on both sides." 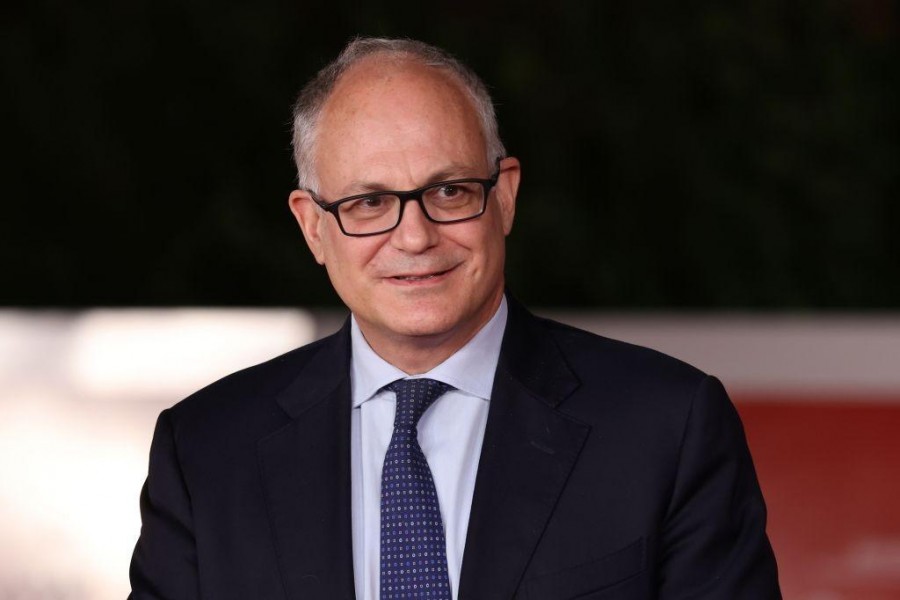