Starting in Campania, then against Cremonese at the Olimpico, the Derby on November 6 (after the last match of the EL round) and on March 19

Roma's season will begin on August 14 at the Arechi against Salernitana, a team they faced on their debut at home back in 1998-99. The 2022-23 Serie A schedule has been unveiled and, complicit with the 50-day break for the Winter World Cup in Qatar, it will be compressed from the very beginning. Roma plays for four days already in August, with Mourinho's men receiving Cremonese at the Stadio Olimpico on the 21st after they complete their trip to Campania. A week later they will play their first big match in Turin against Juventus and then on Wednesday, August 31 Roma has a midweek round in Rome against Monza.

Come September (when the group competition in the Europa League will also kick off, Roma will have two away matches against Udinese (on the 4th) and Empoli (on the 11th). The team will end September with a home match against Atalanta on the 18th. In October, Roma has five league games and three Europa League games: on Oct. 2 Roma plays away at San Siro against Inter, then Lecce and Sampdoria and, finally, on the 23rd they play at the Olimpico against Napoli.

On Nov. 6, it will be derby time; the first leg (which Roma will play as the home team) will come three days after the last match of the Europa League group competition, playing Sassuolo away (on Nov. 9) and Torino at home on the 13th. These games come before the very long break imposed by the rainbow review. Play will start again on Wednesday, Jan. 4, 2023 at the Olimpico against Bologna, then Milan at the Meazza, Fiorentina at home and the away match at La Spezia (Jan. 22) will close the first stretch. The return match will be kick-started by the San Paolo match against Napoli on Jan. 29.

In February, Roma will play four games: Empoli at home on the 5th, Lecce on the 12th, Verona at the Olimpico on the 19th and an away match in Cremona on the 26th. March will present two thrilling challenges, both being at the Stadio Olimpico: Juventus arrives on the 5th and then the home derby will be on March 19, almost one year after the 3-0 win against them on March 20, 2022. In between these games, Roma will have another home match on the 12th against Sassuolo.

Keep an eye out; after Juve and before Lazio there will (hopefully) be the double challenge of the Europa League 16 round. Continental engagements aside, in the league Roma will spend a whole month at home. There will also be a lot of action in April, with five matches: Sampdoria at home (on the 2nd), Torino away (on the 8th), Udinese at the Olimpico (on the 16th), Atalanta in Bergamo (on the 23rd) and Milan in Rome (on the 30th). On the 13th and 20th comes the eventual Europa League quarter finals. May will mean no less as Roma has away games against Monza, Bologna and Fiorentina, interspersed with home matches against Inter and Salernitana. On June 4, Roma will close the season at the Olimpico against Spezia.

Pellegrini, Abraham and Veretout celebrating during the last Serie A's 2021-22 match, won 3-0 in Torino (As Roma via Getty Images)

Italian champion, Milan, which debuts at home with Udinese, will visit Atalanta on the second matchday. The third round, in addition to Juventus-Roma, features Lazio-Inter and Fiorentina-Napoli. The fifth (scheduled for Sept. 4) features Lazio-Napoli and the Milan-Inter derby. On the seventh day, Milan-Naples (Sept. 18), while on Oct. 9 Milan-Juventus and Fiorentina-Lazio will face off.

On the weekend of the Capital derby there will also be the so-called "derby d'Italia" between Juventus and Inter in Turin; the return to the San Siro will also coincide with Lazio-Roma, on March 19. In addition to the World Cup in the Emirates, two breaks are scheduled for national team commitments: the first from September 24-25, the second from March 25-26. The Lega Serie A, in a statement, announced that they have already scheduled the seven dates that advances and postponements will be set: "By doing so," said President Lorenzo Casini, "clubs will be able to better plan preparation and away matches". Davide Nicola, coach of Salernitana, commented on the Campania team's start to the season as follows: "It will be very rewarding to meet a great team like Roma already at the first league game". 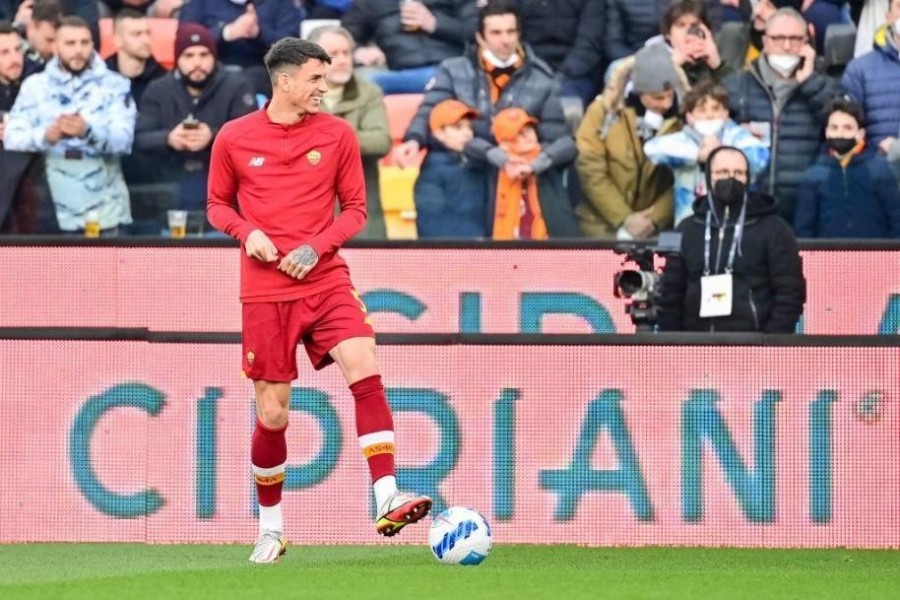