Massimo Musumeci: "I am italian and of course I support Italy's national team, but Roma means something more. I will be a Romanista even in another life''

"I have been breathing Roma all my life". This sentence comes from Massimo Musumeci, the man who founded the Roma Club Philadelphia, one of so many communities of Roma supporters in the United States. He told us about his club's history, Mourinho and Roma's future ambitions.

How and when was your club born?
"It was the year 2014 and we had already done some meetups [with possible members], so at that point it seemed very logical to start the club. We have reached 100 members and it means everything [to me]. I always say that I physically live in Philadelphia, but I live with my heart and with my soul in Rome. My house is practically [all] Giallorossa. In 2011, a monstrous storm blew half the roof of my house, like opening a can of coke, and then the firefighters came and warned us that we had to evacuate the house because it was becoming dangerous. They told me to take the essentials ... I opened the wardrobe and took all the Roma shirts. Among our advisors, there are many Americans, even people who speak little or no Italian. Americans fell in love with our Roma Club and Roma after I took them to visit the city. From there, they started cheering on Roma and they have never stopped."

The matches schedule for the 2022-23 Serie A season went out recently, what do you think about it?
"First of all, it's good for us because I don't see the 'iron cycles' that occurred last season. This is good because when you play the International Cups (as the Europa League) it is clear that a lot of energy goes away. It is true that sooner or later all teams will play against all teams, but the order of the matches is very important. We can say that it is an affordable and balanced schedule." 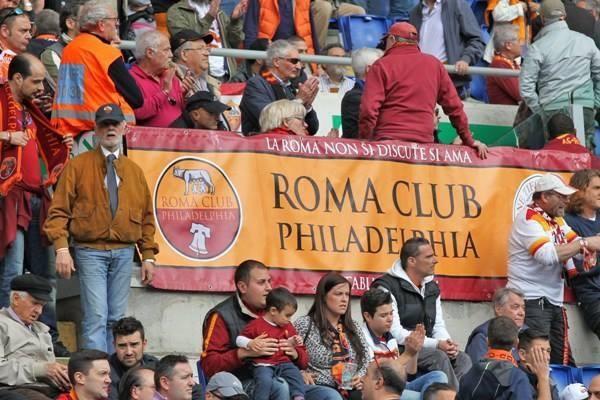 Do you have particular wishes for the upcoming season or do you have any players you would like to see play for Roma?
"A few names in particular? No. I don't think it's appropriate to take Cristiano Ronaldo because it would cause a negative chain reaction in the locker room. I would like another central defender, an alternative to Karsdorp, given the hectic past season, another midfielder with personality and possibly another pure center forward because, apart from Tammy, we are missing another refined center forward in the squad. The transfer campaign must work for the well-being of the team."

What binds you particularly to Rome and to your club, living so far from the capital?
"[I was] born and raised in Rome. [I have been] breathing Roma all my life. Americans often ask me if I support Italia and of course I do, but Roma is something different. I was talking about this with a fan in April during the Roma-Salernitana match after his son said 'daddy, luckily Roma won, it hadn't won in a long time'. This child's father and I looked at each other and said that when that child grows up, he will understand that cheering for Rome is not about winning or losing. I will cheer for Rome as long as I live. I will be a Romanista even in another life."

What do you think of the names that are coming out now for the Roma transfer market next season?
"Matic is a player who will be very comfortable because he knows Mourinho well. He's one of his pupils; he has been coached by him twice, so certainly he is a qualified midfielder. Celik is not a bad alternative to Karsdorp. I would like Frattesi to come to Roma. We can very well have another great season and finish in the top four. The important thing is that the Special One remains because he wins wherever he goes."