Francesco Totti: the last kick, the last shot against the 93

I go with my son to see Roma-Genoa. It is the last match. It is mandatory to bring him to the stadium. Something that involves his higher education. For us Romanists, the match against Genoa is always the last one (even if, in 1983, that was the second-to-last match). Moreover, who knows if this is the last one for real.

We were missing Perotti's goal. A goal for Totti and for Roma. 3-2 as against Lecce in 1986, but this time in the right way. 3-2 as against Torino on 20 April 2016, when Totti entered the game and scored two goals in one minute (more or less). Here something bigger is happening. And it is happening now.

Laxalt has the number 93. Who knows how long has he had this number, who cares, whatever. Only in this very moment someone notices that and today everyone remembers - because everyone wants you to remember - that everything started on 28 March 1993. 28 March. Today.

But now it is 28 May. Year? Day? It is always the day to live with you, he thinks, especially now that this is over, that the Flag lies near the corner-flag, on the baseline between the pitch and the reality, inside the semi-circle of the life. Tagliavento is the last referee, he has the right name for a novel, for a storm, for a dreamy epic poem. For this very thing, for this very love.

Roma's match is over, even the Championship is over, and everything finished at the very last minute. It finished below the Sud. Everything always finishes below the Sud and from the Sud we always restart: the Sud is our centre of midfield and the only possible permanent centre of gravity. Over and over again. What now? Now the end? Is it 28 May or a new 28 March? Are we watching the last match of Totti for real? No, have we really just watched the last match of Totti? What do we watch now? We have to see or to understand something? Why is this happening now? What is there, a ceremony? A party? A funeral? A sad wedding or a happy funeral, quoting Hamlet? To be or not to be, perhaps to dream... Perhaps...

Verily nobody knows what happened after Roma-Genoa. Totti hasn't the ball anymore, but still has Roma shirt and shorts. He played his last match with Roma, but he is stil on the pitch. He doesn't run, he doesn't play. He walks. He is walking on that "perhaps". It is a dream. He is in the centre of a suspended time that we did not want to dream, bewteen the reality of being a Roma player and the reality of not being a Roma player anymore. Can Totti be something else than Totti? Hamlet is nothing, that is the real question.

What is now all these people crying around you and falling in love with you? Totti, you are Roma, Curva Sud wrote it to you and if the Sud writes this, this is true. But Roma is "just" Totti? No. Totti is Roma, but Roma is also Totti. Also Agostino, also Ferraris IV, also Giacomino... Roma is this huge thing that is happening at the stadium, this emotion, while Totti is at the same time a former player and a player in activity: the shirt is even the one of the next season. He wears the future in this moment in which he farewells the past. Time-collapse, time that folds onto itself: a ball shot from 2017 to 1993.

It doesn't matter if you mean the minute, the year or Laxalt.

All is number said Baudelaire on the Olympus, Totti is everything they say at Olimpico. Alert Proust and some other poet. Poets better, maybe. They are not enough, as it will be demonstrated through a letter from the last possible artist of these gloomy times: Francesco Totti. Who is inside the stadium has his eyes only on that player that has always been a mirror for all Romanists: that number, even more with the new font, has never been just a number and has always represented an "Ego" for all Romanists. Time-collapse. Pronouns vanish. In this time after Roma-Genoa (but which one? The one of 1983? The one we had waited for 41 years, as the age of Totti? Or the one we are living now?) there is the most lonely person in the world and the people all-together, and nobody knows who is more alone. Nobody knows who has more fear.

Scion Scion, they play Morricone's music: Down his head, crying below the Tevere. Scion Scion, music is over, but Romanists are not going away. He stays alone as God.

He was a God for everyone more or less, even for the cultural industries that took advantage of him and for the enemies that often, and maybe willingly, blasphemed his name and that now are suddenly his lifetime friends (but I do not forget about them). He reads another letter. A letter to... everyone.

There is a scene more dramatic than this one? More poetic than a letter written during the night and become a reality during the following day?

A letter. The most ancient and intimate thing possible, read live on Sky and Mediaset by a man that now is just a man and only a former player? Cyrano would have had difficulties. Shhhh. He stays there alone as God and asks for help. He even asks permission, and then he asks permission to be afraid. At the same time the strongest and the most frail sign. The sensibility and the decision to leave without loosing anything. Because inside "Forza Roma" there is the "always".

In that moment I saw a laic God asking for help inside a stadium. I saw him praying: "I need all of you". And I heard those prayers answered: "We'll never leave your side!". I saw that man transforming himself in something more than a man. With the shorts, kicking his last ball, today he doesn't quit football, he is a child again.

He is the one that has the band on his arm. Scion Scion. The head, up, because he said "I love you" to all of us. The time that was once came back, this is the day when a Captain was in charge and said "I love all of you". Scion Scion. Shhhhhh, do not disturb, we are making love. This is what happened. This is Roma.

This is that thing that Romanists have inside, that they know really well, but that they would never be able to explain. Because it is that thing that denies you to speak. It exists, it happens in the same time when you are not able to explain it, because you do not need to explain it: in that moment, you have all you need. This part of the world, without any world, called Olimpico is a pot of bubbling emotions, is Paolo and Francesca that are finally in Paradise, is a lot of memories, the most intimate and familiar ones, and we have them right there: you find out that you have never lost anything, that everything is here. Now. Forever.

You find out that we had a point when we chose to believe in Roma, to be so Romanists, to bring our sons and daughters to the stadium today, Now. Forever. Francesco holds them tight, takes them with him for a walk, holds them in his arms. During the day of the farewell without any farewell (a story like this could ever end??? Have you really thought that?), Francesco Totti is a father, above all. Like all the Romanists that stay in the Sud or on the grandstands. Or in Heaven.

It is as if you normal, you bourgeois humans, you austere censorious characters, you non-Romanists, you meet all together at the same time, in the same space, with the most beautiful games of childhood, with the little friend of the elementary schools, with those smells of detergent of a mother, and with the snacks of the time when you were children who will never come back, with the snacks that you are now ready to open again; the New Year's Eves all together, the first dates, the dawns, the hopes, the holidays. Songs listened for a lifetime and then forgotten. The places of the strawberries kept hidden from the display cases, but stamped at the bottom of the soul. Scion Scion, a present flashback, the nostalgia of a future that has not happened yet. The Life. Roma.

Agostino Di Bartolomei said that there are football fans and then there are Roma fans; I say that there is football and then there is Roma. You can leave football, but how can you leave Roma? You never stop being a Romanist. You are Romanist during this embrace with my son (in my embrace as in the one of any other father), while I scream "Forza Roma" to him, because he has already learned that you have to answer "Always". In this way, one never breaks away. In this way, it never ends. 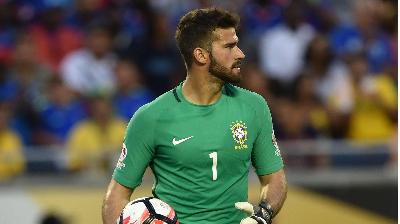 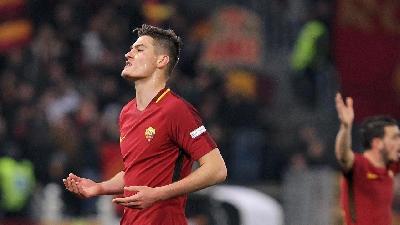 Schick: "A goal that helps me, but I don't want to overestimate it"

Czech Republic won 4-1 against China in the last international friendly match of the China Cup. A good performance of the Czech player in the second half 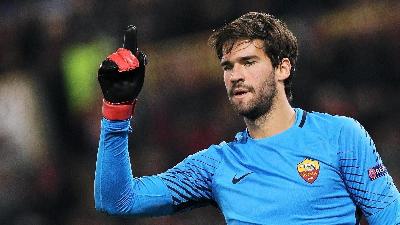