"The focus of the construction is to improve public viewing. At the Olimpico you can't see anything. Giallorossi's interest in Pietralata was born a long time ago."

In what could be one of the most jam-packed weeks of the summer for the Giallorossi club, preparing for the fast approaching season, to build a new stadium remains a central concern for the team. It is also a concern to the Mayor of Rome, Roberto Gualtieri, who returned to talk about the Giallorossi project, reiterating how the club is aiming for a facility without "the residential or commercial aspect but with a series of annexes and connections."

"In agreement with AS Roma on their proposal," Gualtieri told Corriere della Sera, "we have worked intensively to verify the possibility of making the stadium in Pietralata in the former Sdo area, [which houses] another unfinished project.”

We decided to delve into this issue of where the new facility should be built with the President of the IV Municipality, Massimiliano Umberti. Born in 1978, with a degree in political science and international relations, he works at Rai as editor of the program, Geo. He is also a Romanista.

Let's rewind some. When did you learn about Roma's interest in Pietralata?
"Well, for quite some time, although it is difficult to quantify now. I would say from the beginning of the year, so for several months and then a short time afterwards, I took office."

Have you been informed about this stadium plan by the municipality, by the technicians or by Roma? How did you become aware of this project?
"Roma came to the City Hall to meet with me. Of course, I [also] have relations with Roma Capitale, so I would say [I was informed by] both of them."

Have you had the chance to start collaborating or interacting with Roma? How did the club seem to you?
"The club seemed to be very serious, and this was demonstrated by the fact that, until the end of the day, until the identification of the area was certain, they did not make any kind of press announcement or statement at all. They seemed very determined because this is a very important goal for Roma to achieve. They seemed to me to be very, very, very [focused on the] stadium being built."

Gualtieri said Roma only wants to build one stadium in that area. Let's start with this very aspect compared to the previous project of Tor di Valle. What does a stadium, there in Pietralata, mean for those who live there?
"The stadium will heal an urbanistic wound that has been there for many, many years, considering that there was talk of SDO back in Petroselli's time, but then over the years [nothing changed]. There is an urbanistic wound within Rome, near the Tiburtina station, that needs to be stitched up, so from an urban planning point of view, it's an unparalleled success."

With areas where other projects, such as Roma Technopole, are already planned, how does the stadium fit into this context?
"The stadium will definitely be a driver of development toward all these other projects. The Technopole will be built there, which will probably be completed before the stadium. It is a gigantic thing that seven universities have partnered with each other to make. Students, citizens, technicians, Romans, out-of-town students, there will be so many people gravitating toward that quadrant. The new Istat headquarters will also be born there. It is a quadrant in total development. The stadium also means public work."

As far as public works and infrastructure go, what is an example and who is paying for it?
"There are the so-called spillover projects that are paid by those who build the stadium. There is certainly a need for amenity services for citizens in a big green park, which will give life to the whole quadrant. There is also a need to put some things in place for traffic. There is definitely something that needs to be created that does not exist in Rome. I will not say what, though."

Something that doesn't exist in Rome?
"I can't reveal anything yet."

Back to traffic; it is one of the most critical aspects of Tor di Valle, but one of Pietralata's strengths.
"We are way ahead [in traffic solutions]. We have three subway stops, the Tiburtina station, and a high-speed rail. We have buses, we have the ring road 500 meters away, we have the A24 highway, just a kilometer away. In short, from a transportation point of view we are already way ahead. This will be a stadium that 70 or 80 percent [of fans] can reach by transportation. There is a station that falls right inside the stadium, Quintiliani, as well, which we will have to change the name of."

Changing the name of Quintiliani is news.
"Yes, we are going to change [the name]. I haven't talked to anyone about that, however, we have to change it."

Have you seen the stadium design yet? What is the concept?
"Basically all owned stadiums are beautiful. The [goal of the new] construction is to facilitate public viewing. We are used to the Olimpico where you can't see anything. The fact that this stadium is made for the public already makes it beautiful. Also, the shape will be that of a bowl."

You are a Roma fan, right?
"Eight months ago I would never have imagined that I would be at the table where stadium negotiations [take place]. I have been a Roma fan since childhood. My father passed this passion on to me, so it makes me proud. I have memories related to Roma that are very good, even in defeat, but also from victories. Not as many as I would have liked, though. Roma has always been in my life. This I cannot deny and the fact that, today, I find myself in this double role, as a fan and public administrator, makes me proud and gives me a lot of drive. It’s a good feeling."

As an administrator, how long do you think the time frame for realization will be?
"My guess is three years. Maybe three and a half years."

…and for the foundation?
"All the ingredients are there and we know it will be something that will benefit everyone. Both from a political and administrative point of view and from a corporate point of view. There is every intention, once things are established initially, to move quickly. With clear and straightforward procedures, there is every reason for the project to move quickly." 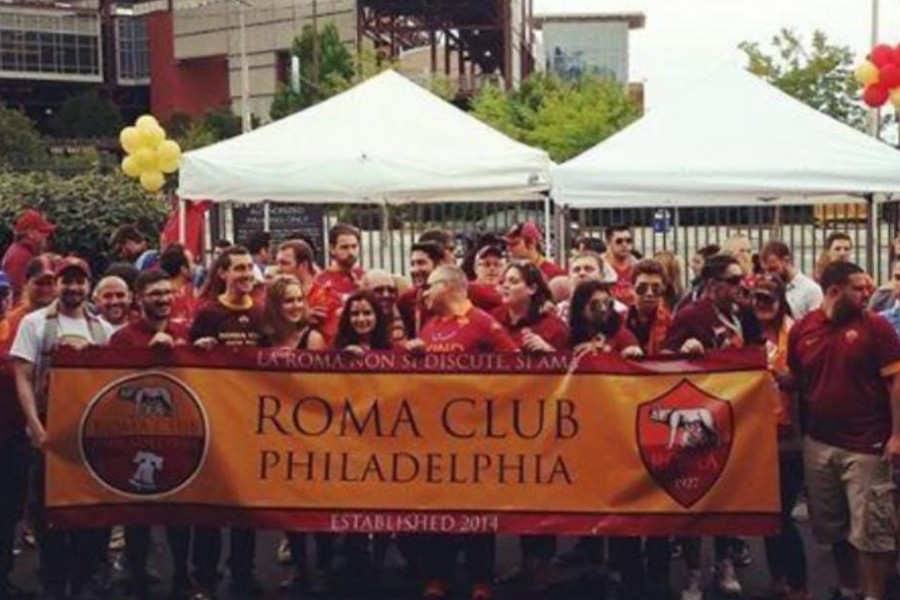 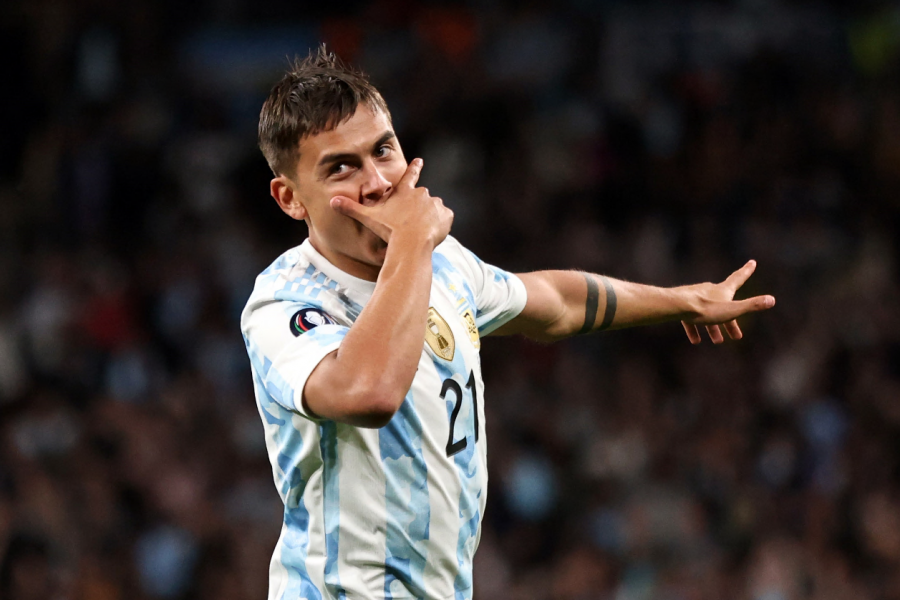 Pure talent and a great experience in Serie A: all about Paulo Dybala 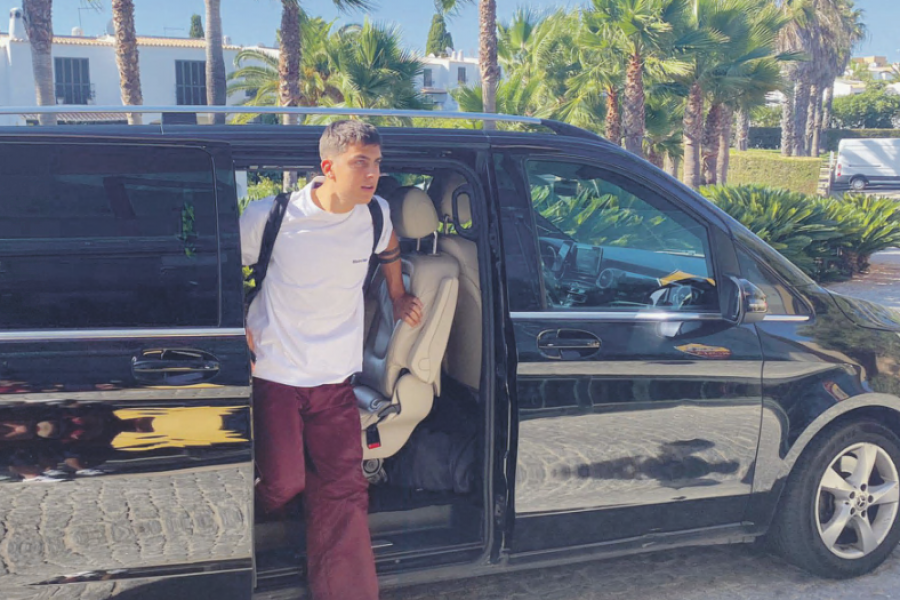 From Turin to Faro: Dybala's long first day with Roma